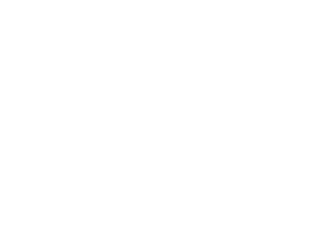 1. As protected by a range of international human rights laws including Article 3 ECHR; Article 7 ICCPR. See also Convention against Torture and Other Cruel, Inhuman or Degrading Treatment or Punishment. Back
2. Article 13 ECHR. The procedural element of Article 3 ECHR, which requires effective investigations into allegations of treatment contrary to Article 3 ECHR, also requires an “effective, adequate and accessible remedy” by which the victim may be awarded compensation if appropriate. See, for example, Gafgen v Germany, 22978/05, 30 June 2008. Back
3. For the purposes of the Convention Against Torture and Other Cruel, Inhuman or Degrading Treatment or Punishment, Article 1 provides that the term “torture” means “any act by which severe pain or suffering, whether physical or mental, is intentionally inflicted on a person for such purposes as obtaining from him or a third person information or a confession, punishing him for an act he or a third person has committed or is suspected of having committed, or intimidating or coercing him or a third person, or for any reason based on discrimination of any kind, when such pain or suffering is inflicted by or at the instigation of or with the consent or acquiescence of a public official or other person acting in an official capacity. It does not include pain or suffering arising only from, inherent in or incidental to lawful sanctions.” General Comment no. 3 (2012) confirms that Article 14 is applicable to all victims of torture and acts of cruel, inhuman or degrading treatment or punishment (paragraph 1). Back
4. Committee against Torture, General comment No. 3 (2012), at paragraph 20. Back
5. Ibid at paragraph 30. Back
6. Letter from Dr M O'Rourke, Irish Centre of Human Rights, to the Education and Skills Committee of the Scottish Parliament, dated 1 October 2020. Referencing the case of Elizabeth Coppin v Ireland, 14 January 2020. Back
7. Van Boven Principles, IX, para 15. Back